(reprinted with approval from the OnBalance)

The beginning of the Bicarb Startup:

In 1974, Kim Skinner (a member of the research and consulting group of onBalance, along with Que Hales and Doug Latta) began doing chemical startups on new plaster pools. His area of business included many cities in Contra Costa and Alameda Counties in the East Bay area of California.  He noticed that plaster dust would form immediately in most plaster pools.  However, he also noticed that in some pools, no plaster dust formed at all.  This was always the case in one particular town, Brentwood California. The pH of the water in the freshly filled Brentwood pools was generally around 8.2, but the pH of other pools in other areas (which had plaster dust) was always much higher than 8.4, and sometimes at high as 11.2!

Kim also noticed that if those Brentwood pools needed acid washing down the road, they always had harder and denser plaster.  Existing stains and dirt could be removed easier and faster. Also, the plaster in these pools would withstand the effects of acid better compared to other pools in other areas.

Wondering what would cause such an improved difference, and assuming that the plaster itself was essentially the same from area to area, he reviewed the chemical makeup of this particular town’s tap water. Perhaps the answer could be found there. As it turned out, Brentwood’s source of water was from local wells.  This well water averaged 300 ppm of calcium hardness, 300 ppm of alkalinity, and a pH of 7.7.

In an attempt to mimic Brentwood’s water, Kim decided to experiment with new pools in other towns by adding a lot of sodium bicarbonate (bicarb) on the first visit.  The water in other towns had much softer water, with lower alkalinity and calcium hardness content.

By adding sodium bicarbonate to new pools to increase the alkalinity, Kim observed that baking soda also lowered the pH from the very high levels found on the first visit, and then only a small amount of acid was needed to lower the pH where it belonged. With the high buffering effect of the alkalinity, that pH also maintained in the correct range instead of soaring high again during the next few days. More importantly, the plaster in these pools stopped forming plaster dust and cleared up quickly.

Occasionally, Kim also was able to add bicarb to pools while they were still filling with water. The results were the same as the pools that were filled in the town of Brentwood.  No plaster dust.

Since 1996, onBalance has been promoting the “Bicarb Startup” as an alternative chemical start-up method for new plaster pools, explaining how it works and why it is better than both the traditional method, and especially the acid start method.

In a nutshell, the “Bicarb Start-up” is a method which helps eliminate the formation of “plaster dust” in new plaster pools and which results in denser, smoother, more durable plaster than other techniques.

In a traditionally started pool, with a pH around 7.4 to 8.0 and a TA of about 100 ppm, the form of calcium that “bleeds off” into the water from the plaster surface is calcium hydroxide, which has such a high pH (in the 10+ range) that under normal filling procedures (i.e., when the water is not pre-treated), the pH of the pool water jumps immediately and almost always exceeds 8.3 – which begins to convert the calcium hydroxide in the water into scale. This is the “plaster dust” that we see for the first three weeks.

The bicarb start-up method begins by adding bicarb (sodium bicarbonate, or baking soda) to the fill water before it enters the pool. This type of fill water helps “fix” or convert “in place” most of the calcium hydroxide in the surface by converting it to the more durable calcium carbonate. As a result, less calcium is released into the water, and the surface retains more of its original constituents resulting in a denser finish.

Now, to understand start-up chemistry, there is a pH value to keep in mind – pH 8.3. Above 8.3, calcium carbonate, or scale is likely to form, and the higher the pH rises above 8.3, the more carbonate scale is formed. So we call high pH levels (over 8.3) “scaling” pH levels. Below pH 8.3, calcium tends to stay in a soluble “bicarbonate” form.

Saturating fill water with baking soda not only helps keep the pH at 8.3 or below, but it also provides enough bicarbonate to impede and reduce the dissolution of calcium hydroxide from the plaster surface. It does this by reacting with and converting calcium hydroxide on the plaster surface into a protective layer of durable calcium carbonate, thereby creating a denser and harder surface.

The primary, immediate difference noticed when doing a bicarb start instead of a traditional start is that there is virtually no plaster dust. Over the long term, there is also better, more durable and smoother plaster.

While the acid start will also eliminate plaster dust, help colored plaster pools to retain their color, and dissolve white deposits; it also has a serious drawback to its method. Acid start-ups, where a minimum of four gallons of acid is added soon after the pool is filled with water, will usually dissolve all plaster dust formed, but unfortunately also dissolves and uniformly etches (as determined by magnification) the entire plaster surface at the same time. This process leaves the surface rougher and porous (as seen under magnification), which in turn makes it less durable, easier to stain, and harder to clean in the long run.

Furthermore, once the acid start program is over, it can be tricky to raise the pH and alkalinity and balance the water without creating scale. In addition, it is often the case that the person who performs the acid start realizes the short-term benefit (a clear non-scaled pool), but the person who provides the subsequent maintenance suffers the long-term deficit (rougher plaster and worse staining).

We know of several pool plasterers who had difficulties creating and maintaining consistent color on colored plaster, quartz aggregate pools and with hydrazzo pools. These plasterers were using the acid start-up method trying to stop white scale from developing on these special pools.

When these plastering companies began Bicarb starting all of their colored cement pools, the color was darker and more consistent, and the white film deposits no longer formed! In addition, over time, these bicarb started pools retained their superior finish much longer due to the smoothness and the additional density of the protective, carbonated surface.  Years later, the process of removing dirt and other stains by acid washing is vastly improved.

The Bicarb start-up is always the best start-up method to use on plaster pools. However, it is also important to have quality and durable pool plaster to start with.  Improper plastering practices can reduce the effectiveness of a bicarb start-up and all other start-ups methods or programs.

If plaster has too much water in the mix, too much calcium chloride added, and too much water added while troweling, and is filled with water too soon after completion, it will result in a less durable and lower quality plaster finish. The above improper cement practices create greater porosity and more soluble plaster components which results in more plaster dust forming on the plaster surface during the first few weeks.

A greater porosity can only result in a surface that is more susceptible to dirt and mineral staining months later. Acid washing will be less effective in removing stains and more likely to cause more “wear and tear” to the plaster surface.

But as mentioned before, a bicarb start-up will always help in creating a denser, smoother, and more durable plaster surface despite these other factors.

What about quartz types pools?

Quartz pools use cement as the binder material. Therefore, a bicarb startup is still relevant for these types of pools.  Often, some people believe that it is necessary to use an acid startup procedure to bring out the color on quartz aggregate pools.  What they don’t understand is that a bicarb startup will do the same.  They probably think that a bicarb startup will result in “plaster dust” and cover up the color of the quartz.  But this is not the case.  Of course, brushing is always necessary to help eliminate calcium from building up on plaster surfaces.  What they don’t realize about acid startups is that it etches the cement portion of their pool finish which shortens the life and is prone to discoloration over time.

Additionally, it is preferable to have the automatic pool cleaner slowly polish the pool surface and bring out the quartz color. This way, the finish will be smoother and will last far longer.

Click here to read the next part of this series

(reprinted with approval from the OnBalance) 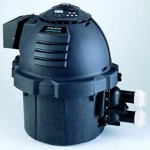